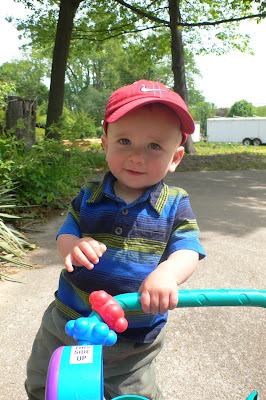 Yeah, go ahead and tell me...he's cute! This is the walker that he loves so much (Thanks Aunt Sonda, Uncle Joel, and cousin Micah!) However, it was this weekend that Caleb officially became a toddler! He loves walking! He'd been standing alone for several weeks and using the walker since late-winter. He loves his new-found independence--and our lives are now changed forever! 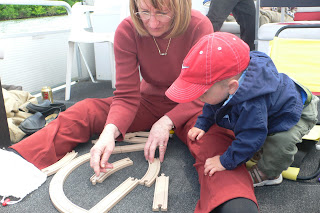 The Cottage season has begun. The boat is in, and like any "normal" boat ride, Grandma brings a train set? No rules for grandmas! 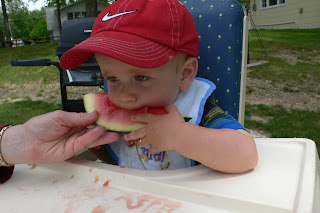 Caleb loves Watermelon. He'll take pieces of it in both fists, and squeeze as hard as he can letting the juices drip down to he's elbows.
Posted by Dr. Harland at Sunday, June 01, 2008