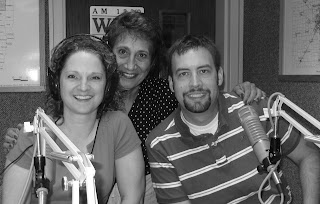 Well, you'd think the "Baby Sign" company is paying me, with the amount I like to talk and blog about baby signing, but that isn't the case. I had a wonderful opportunity to talk about the book "Baby Signs" by Drs. Acredolo and Goodwyn on a local radio show. My office mate, at ISU, Norma, has a radio show, called the Broad View on WJBC: 1230 AM, and she had me, along with a colleague of mine, Ryan, on her show to talk about baby signing. Here is the link in case you are interested in hearing the podcast. (Here is another link to the same thing.)

Well, Caleb's over 30 signs now, I won't bore you with the list, but its working out quite well. His favorite signs are animal signs, and signs associated with loud objects like trains, trucks and telephone. In his list of favorites are cheerios, bath time, and hat.

I continue to be amazed at how signing has allowed us, as Caleb's parents to gain access to what is going on in his mind. It has also helped us to reduce frustration. For example, once after feeding Caleb peanut butter sandwiches he did the sign for "toothbrush" which is with a pointer finger brushing the mouth. Although we weren't in the habit of brushing his teeth after the noon meal, I wanted to let Caleb know that I understood him. So while we were in the bathroom I realized that he had a bunch of bread and PB stuck to the roof of his mouth. I was so pleased that he was able to communicate with me, a need that he had! Baby Signs help us to sidestep a possible tantrum!

There will be other times when I think that he has misunderstood a sign, because I don't see what prompted the sign. But sure enough, invariably I'll look closer and find what it is that initiated the sign. Have I told you how smart my kid is?
Posted by Dr. Harland at Friday, August 22, 2008 No comments: 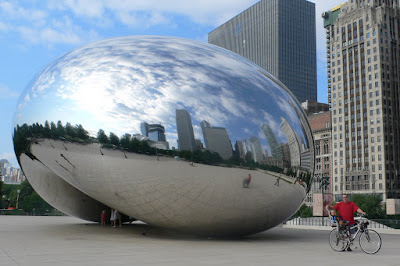 Well we finally got Caleb up north to see some of the sights in Chicago. We put our bikes on the back of our SUV and got around that way. We'd never done that, and it worked out just great. No taxis this time around.

A priority of mine was to get to Millenium Park. I love "The Bean" and seeing concerts in the park. What a great place to be! 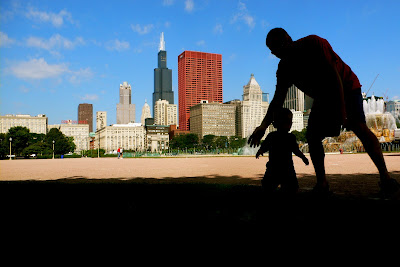 This photo is a personal favorite of mine. It shows the beautiful skyline of Chicago, Buckingham fountain (the location of my first date with Craig & then where he proposed!). But the shadows show Dad helping our little toddler over an obstacle. This is currently my desktop photo! 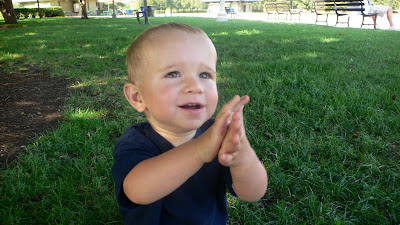 Here's Caleb signing for a cracker!
Posted by Dr. Harland at Friday, August 22, 2008 No comments: