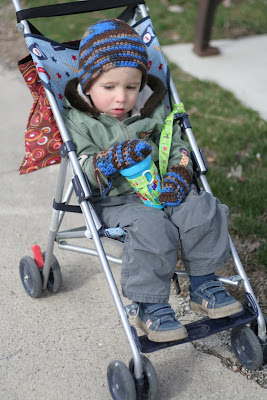 A glimpse into the life of an (almost) 2 year old...these photos were taken the same day as the cute PB Wagon photos. We came back from a walk (Caleb loves being outside) and he was not happy about having to help with dinner. So he stands at the back door screaming. And so I ignored him. Well, that's not true, I took photos, which technically is not ignoring, but let's not argue semantics! The first photo shows Caleb all relaxed and decked out in his hat/gloves that Grandma Harland made him, the next is what happened when we went inside, and the last is him resorting to being nice, giving me puppy eyes and saying & signing please. His temper tantrums don't last long-because he is still easily distracted--this time by songs and a snack. 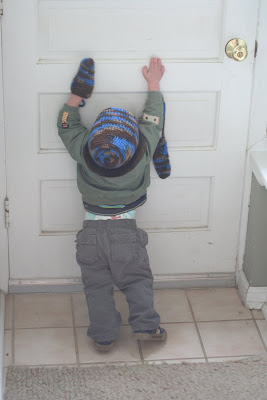 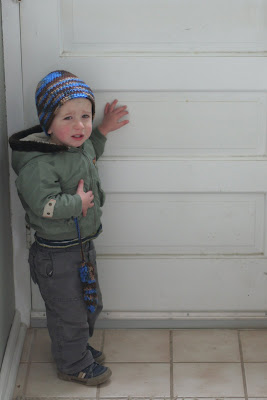