Learning to classify using everyday objects
I confess. I love categorizing, grouping, organizing, and labeling. If you can laminate it, even better. Its human nature right? Even my 4 year old son will take all his "army guys" and divide them into two groups by color. Then he'll take those two groups and further divide them by what gun they are holding. So its no surprise that scientists too, like to classify things into groups, subgroups, and sub-sub groups--not the technical term by the way. So teaching students about dichotomous keys is my idea of a good time!
Here is a copy of the lab, and here is a copy of the graphic & key I used as an example.
If this concept is new to you, a dichotomous key is a way to determine the identity of something (like the name of a butterfly, plant, or tree) by going through a series of choices that leads the reader to the correct scientific name of the specimen. With basic vocabulary and individual with little ability can become an expert in identifying. I like it because it hones students observations skills. When a key asks them whether the leaves on a tree branch are arranged across from each other or alternating, it is focusing students to details they may have never before noticed. (Here is a good dichotomous key to use as an example: It is for identifying deciduous trees, and is good for middle/high schools students. Wisconsin's K-12 Forestry Program)
But since it is winter, and I can't get students to Parklands yet to identify trees, I decided to have my students make their own dichotomous keys. They get the same observation skills, and in addition must decide what traits they will use to communicate the identity of our common objects. To introduce the idea I used 6 animal finger puppets from Ikea but you can use anything you have around the house. 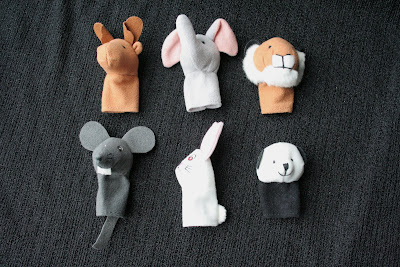 To ease into the idea, I first used a graphic and then introduced the text version of the dichotomous key. To start, I put the six puppets on the lab table and have them make painfully obvious observations. I find whenever I do this, students are always reluctant to get started. They're thinking, "She isn't possibly just wanting me to say that 2 are brown and the others aren't, that's too easy!" But that is exactly the types of observations I'm wanting them to make. It leads to a good discussion of how to classify into two groups. The categories don't have to be "brown or green" but instead "brown and not brown." Next I hand them each a puppet, and give them the following graphic, which is also available as a pdf file. 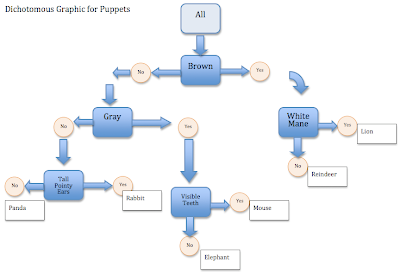 In Part 1 of the lab, I ask them to follow the graphic to identify the animal puppet that they have. The blue boxes are essentially questions. Is the puppet brown?; yes or no, then follow the arrows. I have each student verbally share how the used the graphic to get their answer. This means they share their observations and how the graphic took them to the next decisions they had to make. Yes, this step should be easy too, but we're building up to designing one ourselves, and it gets more complicated as we go; so baby steps.
In Part 2: I ask them questions about other characteristics we could use to classify these 6 puppets. This is where the real good discussion comes, because the tendency is to want to use comparisons like, "has big ears." But I remind students that when a person uses the key, they won't have all 6 puppets in front of them, and they won't know what "big" means! This makes students really look objectively at these items. Another common mistake is that they make assumptions about the items, but aren't things that can be observed. For example, "Eats peanuts" is meant to help classify the elephant, but is not helpful in this situation. I remind students that we are classifying the puppets, not the animals they represent. Do you see why this can get a bit complicated? So after our discussion, as a class we design a new graphic for classifying the same 6 puppets. This helps them see that classification can be done many ways, each path designed by different people but each will still enable someone to classify the items. 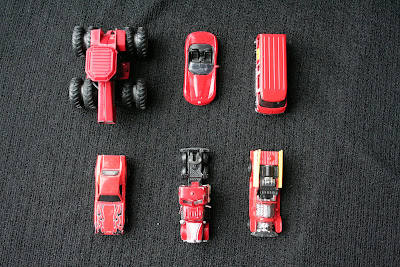 For Part 3 I decided to use Matchbox cars for students to design their own dichotomous graphic that leads the user through a series of yes/no questions until all the objects are correctly identified. I warn them to be careful in the characteristics they choose, so that the user will be able to correctly identify each object. You could use any other groups of items of which you have a large collection. It works OK to have students work in pairs, but is best best if each student has their own group of items with which to work. Since color is an easy way to begin classification, I took that out of the equation, giving each group of students a certain color of Matchbox car. Yes, this is what I have plenty of around my house. I'm embarrassed to say that even with groups of red, blue, yellow, green, purple, white, and brown cars (6 items in each group), my son didn't even realize I had taken his toys!
Before beginning a new key, the items must be officially identified. So I have my students turn the Matchbox cars over, and write their official names in the box in the upper left hand corner of page three. 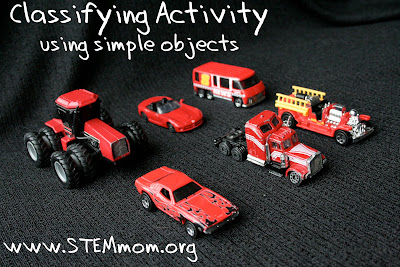 Here is an example of a graphic done with the cars shown above. Once the graphic was complete, I encouraged students to take each of their cars and run them through to make sure they can only get one answer. Then I had the groups exchange cars to double-check each other's work. I walked around the room, checking their graphics as well, and marking them as I went. This saved me time in my grading. 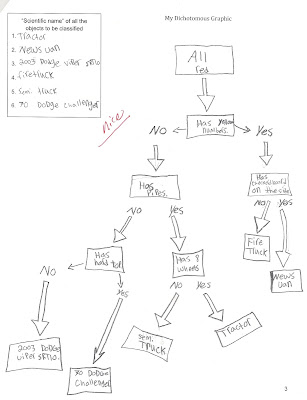 Then for Part 4, students made a key of paired questions that accomplish the same task as their graphic. Here is the key for the previous graphic example. 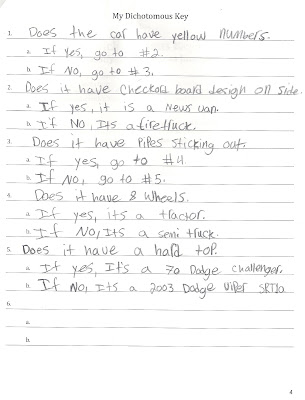 There are plenty of ways to increase the difficulty of this assignment. Its mostly up to the number and type of items you choose for the students to use to classify. Six items allows us to get through the entire lab in 40 minutes or so. Increasing the number of items will increase difficulty and the time it takes for them to complete it. Another way to mix this up, is to assign students to find the items, photograph them, then design their graphics and keys.
I love this lab not only for the fun organizing/classifying aspect but also because its a lab that students really enjoy! This lab works with a full classroom of students, small groups in an informal science environment, or with homeschooling.
Again, here is a copy of the lab, and here is a copy of the puppet graphic & key I used as an example.
Posted by Dr. Harland at Wednesday, February 15, 2012