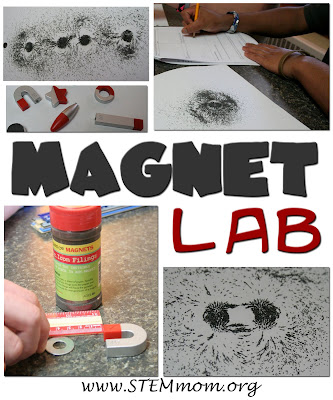 The purpose of this Magnet lab is two-fold. In Part 1, students use iron filings sprinkled on top of paper to get a look at magnet force lines. My goal is to impress students with how this invisible force, is visible using the iron filings. There are a whole lot of analogies one can make about the invisible, becoming visible because of the evidence of outside elements. 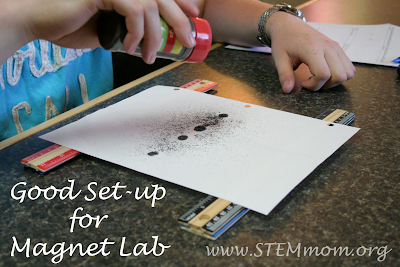 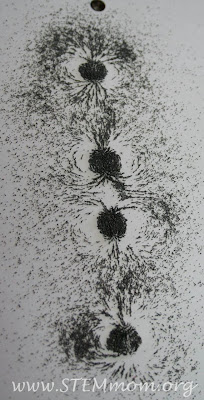 Let that settle in, and you can think of all kinds of parallels. With the teenage boys I work, with there's all sorts of deeper issues we can discuss. For example, although the influence of friends and music may not outwardly visible, the changes we make in our lives because of those influences are evidence to attitudes in our hearts. You get the idea!  One of the post lab questions asks them to draw a parallel of this idea to their own life.

I experimented with many ways to have students work with the magnets and iron filings. I tried putting the filings in zipper bags and I tried using glass between the magnets and the filings, but it was too thick. I would have liked to have had plexiglass, but I couldn't get my hands on any. I settled on paper, knowing the risk of messiness. The paper works just fine, but be sure students label north and south markings in their lab drawings. 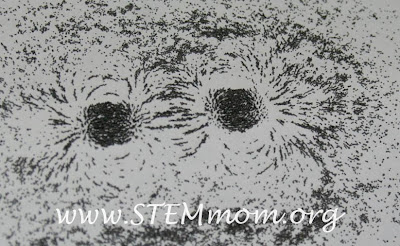 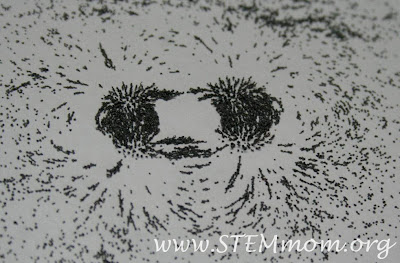 The designing portion of the lab: I introduce Part 2 by asking them to give me examples of magnets that have different strengths. We also brainstorm about which sorts of items are magnetic. So I present them with the task of finding a way to measure the strength of a magnet.  We talk about how different items are easier to pull off the magnet than others. The questions I ask are:
Then I set out a variety of materials from which they should use to build a contraption to measure magnet strength:
The pie tin below shows some of the items I have students test with their contraption. Have a variety of objects, some obviously metal, other shiny, but not metalic; some with a little bit of metal, some with a lot. My hidden agenda is that they leave understanding that not everything that looks metallic is magnetic. 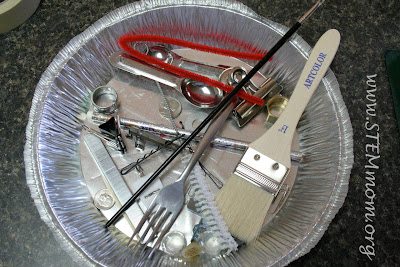 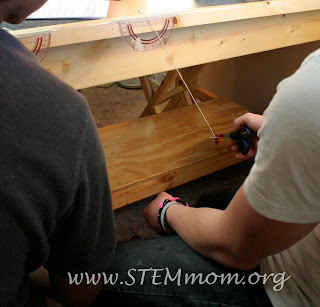 In my two sections of lab, the first group gravitated toward using the protractor. They taped them to the side of the table, and then made a plum line with the magnet attached to the twine. Then they chose an object to test. 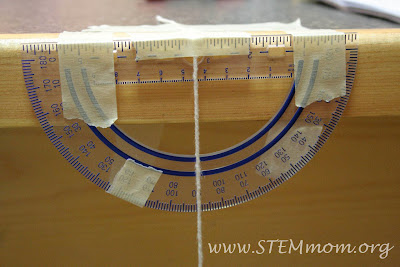 Students brought the object to the magnet and pulled it up, sideways, and watched the protractor to get a reading when it would release the object. This works well if the magnets aren't so strong. With the stronger magnets they boys could take the objects 360 degrees! 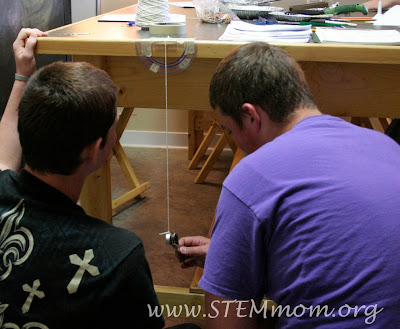 In the second group I modified my questions a bit, and these students chose to use a ruler to measure the magnet strength. In the photo below, you can see that the magnet is placed at the "Zero" end of the ruler, and the item being test is slowly tapped toward the magnet. The jar of filings has no other function except to hold the ruler so it doesn't move. They decided to have several boys watching the ruler at the same time so they could compare the readings they believed was the last number before the item attached itself to the magnet. 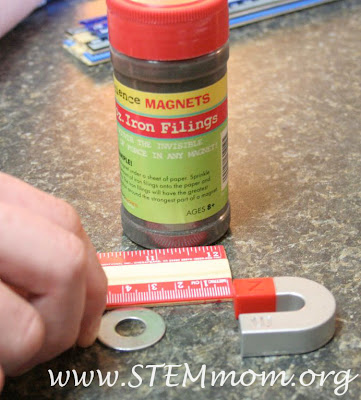 Now, I shared with you two different ways that my students chose to measure the strength of the magnets. But you dont' have to push your students toward either of these two methods. And as I mentioned earlier, praise failure. Allow students to design a contraption even if you don't have confidence it will work. They will learn a lot that way. I believe students are always trying to "get the right answer" and lose out on so much of the journey! Maybe even give an award for the best idea that never actually functioned as a magnet-strength-tester!

Here is a screen shot of the first page of the free student printable that I have available for download. Click Here to receive a link to the Google Doc. 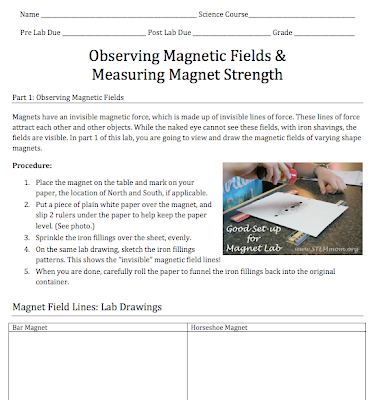 What cool things have you done with magnets?