Its about the Kernel!

Not to state the obvious, but the reason we plant corn kernels, is to get more kernels. And right now, although it may seem like the corn is "done" growing, there's a lot going on. Once the tassel emerges, pollination begins, and each little potential kernel, needs a whole lot of TLC. Unfortunately, I'm not sure that's what mother nature has planned right now. 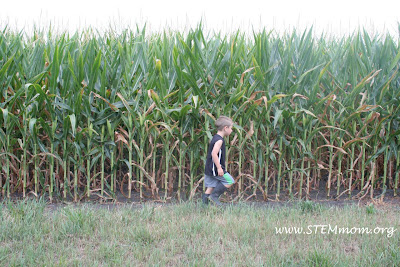 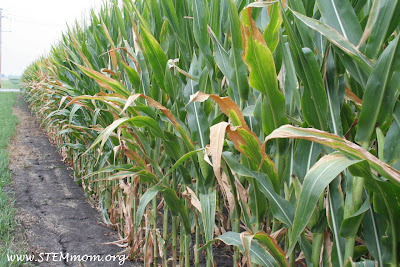 Our corn is turning brown, the soil is cracking, and our corn is looking anything but healthy. The moisture and corn conditions for the state are listed below.

These photos were taken July 20th, and although we have a single corn cob growing, there's no evidence of any others. (I'm honestly not sure how many cobs a plant is supposed to produce.) 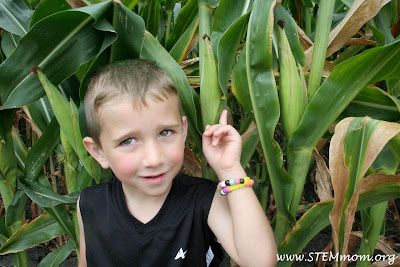 The University of Illinois has a wonderful site describing the stages of corn growth. On that page is the following graphic, which if you click on one stage will give you more information. While this is above anything my 5 year old cares about, I've become invested in the corn growing in the field next to us, and wanted to learn about these terms "silked" and "doughed." 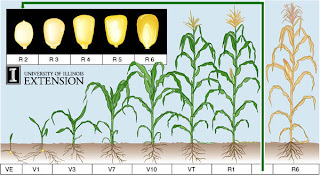 Here's the coolest of what I've learned!

With the poor condition aside, I'm excited about this process. I also love how the names tell you wants going on in the kernel at that stage. I love it when names actually help you figure out the definition!

I'm not expert, but it seems to me that the silking stage came very early this year. I'm not sure what that means for yields, but that in combination of little rain, is why you've heard so much about farming (and future food prices) in the news.

Here are the other posts in our Corn Unit Series: