Well the landscape is changing, literally.  We used to have an unobstructed country sunset view, but now that a Wind Farm is going up several miles away, our sunsets have added silhouettes. 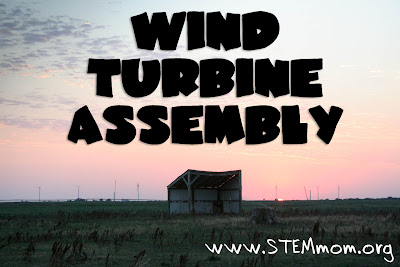 We decided to take a family field trip one evening to go check out these enormous machines, and the machines used to assemble them. You just have no idea how big they are until you are right next to it.

Have you seen them transport pieces of these wind turbines? A single blade is carried on a specialized truck and when you pass it in your car, you can't help but be struck by its size.  Essentially there are several components to a wind turbine; the tower, the nacelle (box near the top that holds the gears and electrical components), and the sails (blades).

Even in my photos, you loose the scale of it all. The sails are constructed on the ground before being hoisted up with the biggest crane I've ever seen. 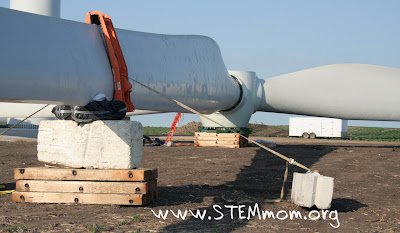 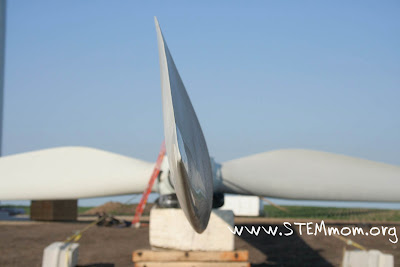 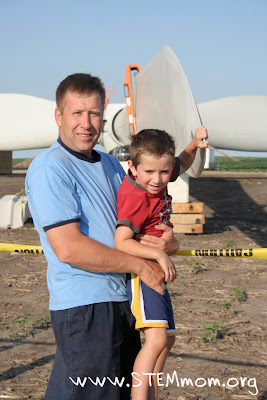 I don't know the exact model of these wind turbines, but from the research I've done, from tip to tip, it covers a vertical airspace of about an acre, if not more, and tip-to-tip speeds of around 150 mph. Here's one of my husband and son next to the hub where the sails connect. Getting the perspective now? 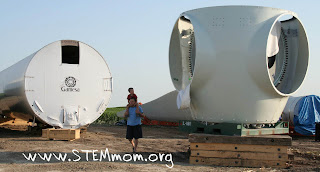 Here is the foundation of the Wind Turbines. The concrete and rebar goes 15 ft deep. Then the metal tower pieces are hoisted into place using the ginormous red crane. 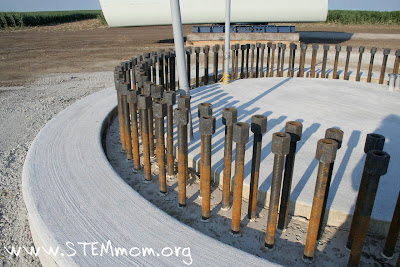 Here's my boys sitting inside one of the wind turbine tower pieces before it was assembled. (We went to several different sites, and saw turbines at various stages of assembly.) 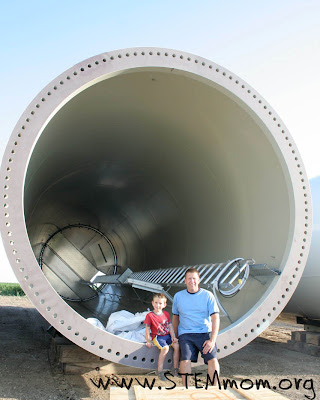 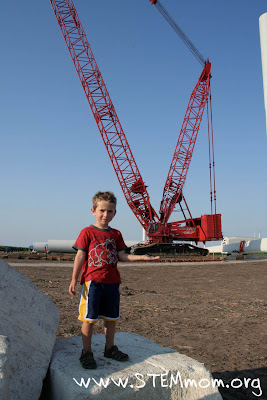 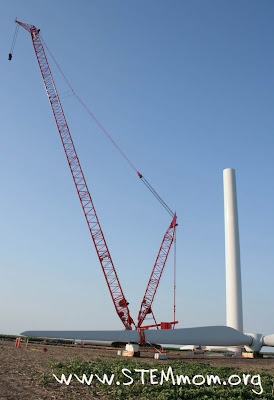 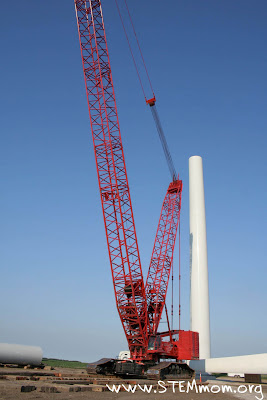 While we were driving toward the wind farm I had Caleb close one eye and see if he could cover the wind turbine with his thumb. We did this several times as we got closer and closer to the assembled turbines. Here is a photo of him trying while next to it! Turbine wins this round. 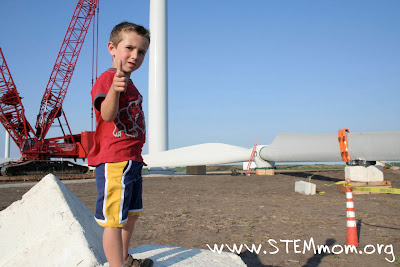 Here's the nacelle. Our car is parked rather far away, but several cars would easily fit inside. Once the wind turbine is fully assembled, you don't even notice this structure that much!

Here's a close up of the weather equipment found on top of the nacelle. 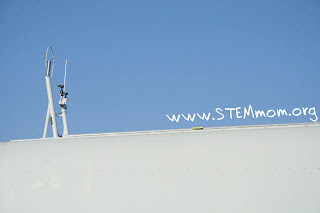 As we looked at the assembly of the turbines at various stages, we we were amazed at the planning that is needed; from the wooden crates that hold the smaller pieces, or the huge styrofoam used to support the sails while being constructed to the creation and modification of the roads that lead to the new sites. Here we are at one site, and a new road leading to another site. The crops are big enough now, that you can't see the turbine pieces over the corn. And you wouldn't even know they are there if you weren't looking. That is until they start assembly. 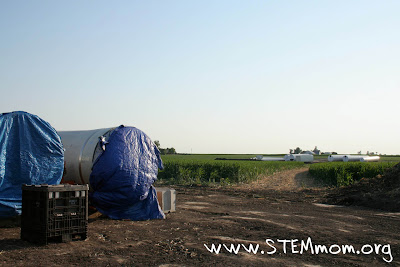 No matter your perspective on wind energy, they are amazing machines and a marvel of engineering. At the Center for Renewable Energy (at ISU) they have turbine kits that students can experiment with. I will be borrowing these to do a lab with the ranch boys as well as my own. I have a lot to learn myself about how they function. This center has a Wind For School program and provide lesson ideas of things to do with students of all ages.

For those of you local, here is the Illinois Windmills site that posts some resources about what is going on around the area. 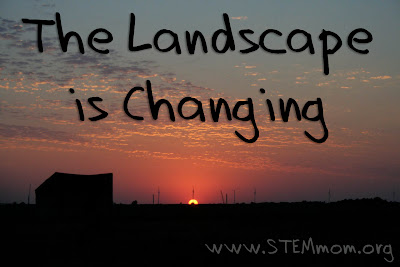