As we wind down our Kindergarten Worm Unit, we did two last experiments. One esting whether or not worms see color and the other to see if certain areas on their body are more sensitive to light. I created a science lab notebook for kids, which you can download in my introductory post, Observing Worms. 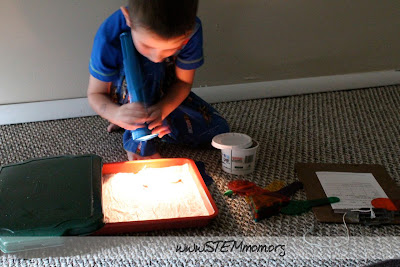 For our color experiment, I had Caleb predict which color he thought the worm would most react to, and circle it in his notebook. Because we were using a flashlight with all kinds of colored filters, he had a a lot of choices. He predicted red. I think he recalled that we used a red light at the beginning of our unit when we went worm hunting at night. But he didn't make the connection that we used red light so the worms wouldn't be disturbed. Oh well. 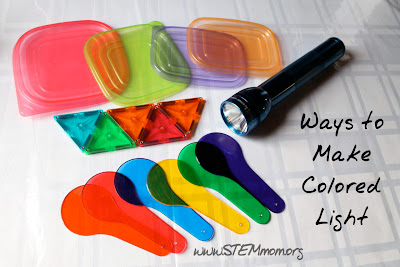 This experiment has the same set up as the Light/Dark Wormy Experiment. We got out our trusty red school cookie sheet, lined it with wet paper towels, covered one side so it would be shaded, and then found all sorts of transparent colored object through which we could shine a flashlight on the worms. I used colored light bulbs and Color Paddles

for a Light and Color Lab that I did with my high school class. The plastic lids we had from the kitchen also worked nicely, as did the Magna-Tiles Clear Colors

that we already had!  I'd love to be able to tell you that the magnets held the Magna-Tiles to the metal flashlight, but they didn't. Caleb preferred the paddles because of the handle. 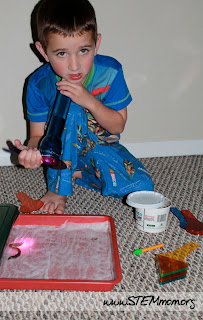 We closed the curtains to make it as dark as possible, and tested each color of light on the worm and observed the results. I'd also like to tell you that we got the same dramatic results that we did for our Light/Dark Experiment, but we didn't. The worm didn't move much when we used the red or purple light, but the white light (no filter) or lights similar, like yellow or orange, had the most response from the worm. He slowly moved either to get into our shady spot, or he'd crawl under the wet paper towels in an attempt to get away. We tested three worms and our results rang true for all three.

Are Different Places on the Worm's Body More Sensitive to Light Than Another?

To conduct this lab, (also included in the Science Lab Notebook) we took dark paper, used a pencil to poke a small hole, and then taped the paper to the flashlight. I will suggest using as dark of a paper as you can find, or more light than you want will be affecting the worms. 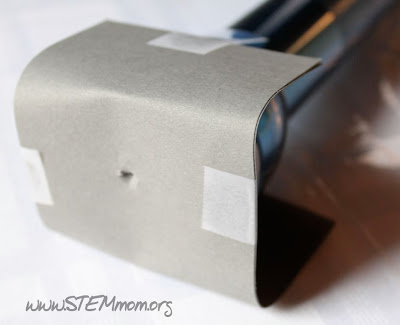 In a dark room, we put the worm on our wet paper-towel lined cookie sheet, and shone the pinhole of light first on the head, then in the middle, and last near the tail. With the three worms we tested,  the head and tail were equally sensitive to the light, but not so much the middle! But maybe you'll get different results. 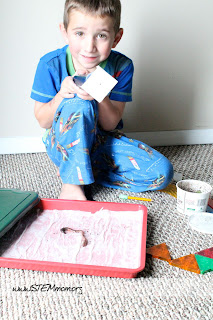 Andrea at No Doubt Learning and Erin at The Usual Mayhem also have Wormy activities! While I am focusing on the science and math part of the unit, there are wonderful literacy aspects of this unit as well! Go see how their kids are working with worms in this unit! And just to give you a heads up, I'll be hosting a worm-themed linky starting next week, so if you have any earthworm activities, I'd love you to get them ready to link up!

If you liked this worm activity, you may enjoy the other earthworm ideas I've posted: You can click on the Worm Unit graphic in the sidebar, or if you prefer, here are some direct links to the individual posts (with more still to come).