I just love how some of the best ideas seem to come out of nowhere. (Note: I realize however, that ideas most likely come from the extensive research done to prepare a unit, and the hours scouring through Pinterest.) But I digress. The first physical wormy activity I want to share is one I developed  that allows kids to role-play an earthworm in its environment.

Materials Needed for the Worm Game 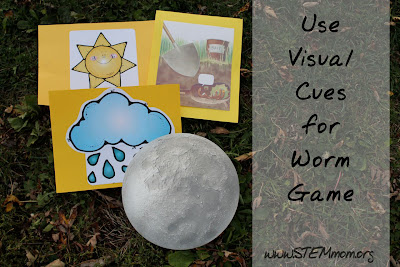 Here'a a look at our Earthworm Chalk Course. I drew the soil line, then "tunnels" with larger burrow areas. I also made tunnels fork off one another. You see the possibilities? So fun. My son added grass to the soil line to make it more realistic! 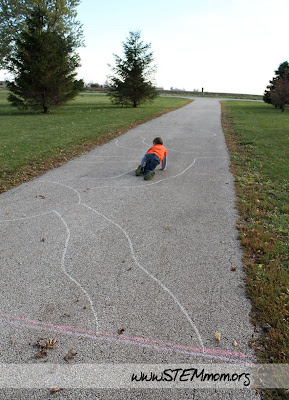 Directions to Play the Worm Game

One person is the "caller" and you can have as many "worm" participants as your drawing can hold.

The caller is in charge of the cues. The caller holds up the cue cards and the "worms" must respond accordingly. 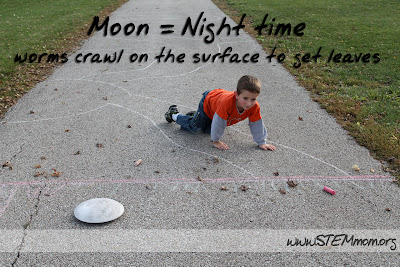 You can decide if you tell the worms what to do or not. I choose to just hold up the card, and see what he did! Doing it this way, the game was an assessment! Sneaky, right? My sons had so much fun with this game. It helped me to see how much they had learned during our earthworm unit. Each time we played, Caleb would add an extra detail to the game to make it more interesting. These added features included, asking me what kind of shovel the fisherman had. This would help him determine how deep into the soil he would crawl! Sometimes it was a hand shovel, other times it was a front end loader! So fun! 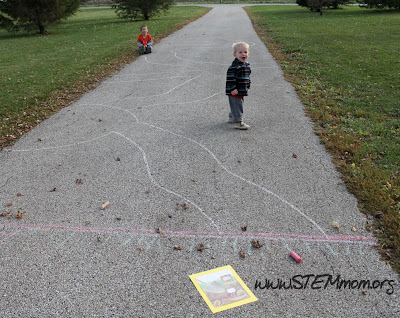 In the photo below, Caleb called me over and told me to listen......"Mom, you can hear my bristles!" Are you kidding me? You know I loved to hear that! (We heard the worm's bristles when we did the Can Worms Smell? lab.)

Another detail Caleb added was to actually carry leaves in his mouth and move backwards into his burrow. Then he also piled up some rocks at the opening of his burrow to represent his castings! 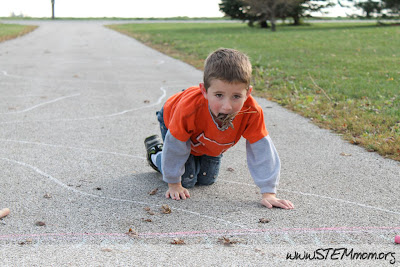 At one point, when Caleb had to come to the surface because of the rain, he was laying on the "surface" and said, "I hope the kids don't come out and play hopscotch!" That was a reference to a specific line in the book, Diary of a Worm

. Again, its clear to me that he really did learn a lot during this unit! Then, of course, we changed roles, I was the worm, he was the caller. (This reiterated that I really am a mama--mother of advanced maternal age!) 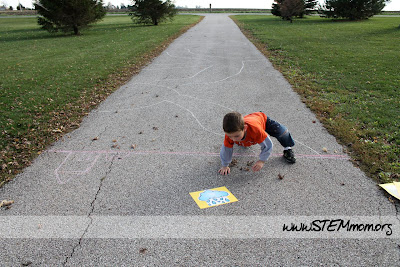 Another way we incorporated movement into our unit was to play an educational version of hopscotch. The only thing that really made it worm-themed was the rubber worm we used to throw instead of a rock. You can place whatever you want in the blocks of the hopscotch. I chose letters we've focused on recently, but you could put anything from sight words, to CVC words. When the worm landed on a letter he had to say the sound. 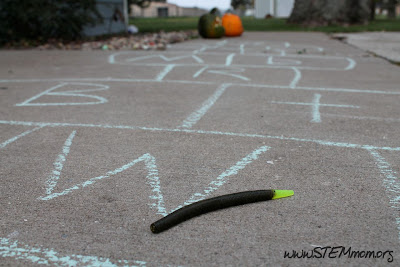 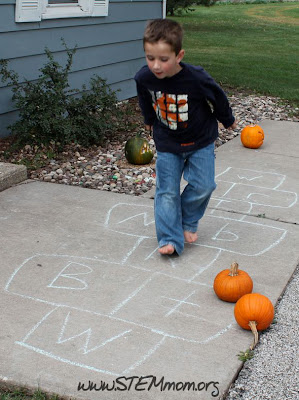 Including movement is a powerful learning tool. I have to remember that! Sitting is not always the best way to concentrate! Here are some other ideas you may like to integrate physical activity and wormy learning:
Andrea at No Doubt Learning and Erin at The Usual Mayhem also have Wormy activities!

If you liked this worm activity, you may enjoy the other earthworm ideas I've posted: You can click on the Worm Unit graphic in the sidebar, or if you prefer, here are some direct links to the individual posts.