In the development of our wormy experiments, we had some that didn't work so much as true scientific experiments (with something quantitative to measure), but were great at honing our observation skills and helped us to collect all kinds of qualitative data! 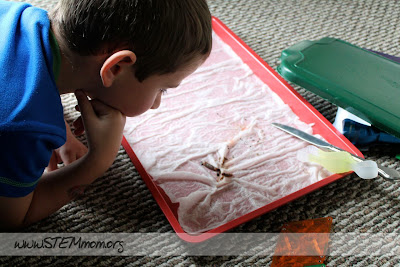 Observing the Inside of a Worm Without Dissecting it!

You can place a worm between two pieces of glass and "see" all kinds of wonderful structures.  Initially I had hoped we would be able to see the pulse of blood moving through the heart or at least the dorsal vessel, but we couldn't see it. However, take a look at what we did see! See the silhouette? You can see the worm's digestive tract easily! We also got a good look at how the worms moves. As you can imagine, he wasn't so keen on being between glass, or held up to the light! 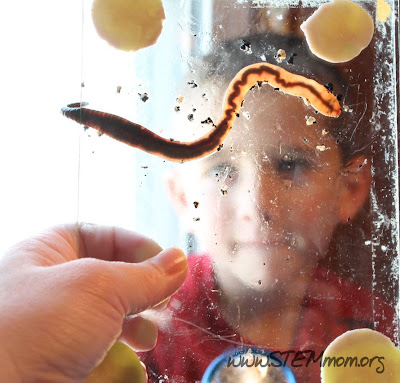 To do this all you need is two pieces of glass--ours came out of an old paned window--and some clay or playdough. The clay is to put in each of the four corners. This allows you to squeeze the two pieces of glass together without killing the worm. The photo below is us trying to slow down his heart rate by placing the glass over a bowl of ice water. 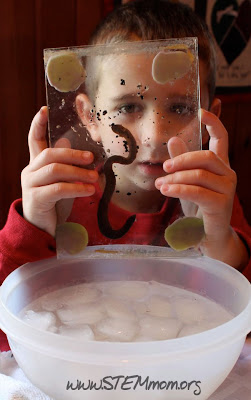 Here is the photo of us holding the worm over boiling water, to see if we could see the blood pumping faster. 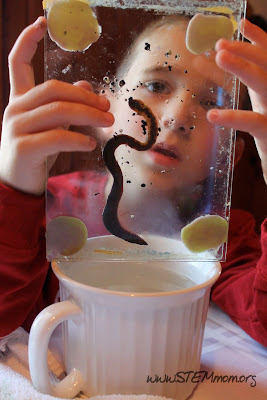 Another really fun activity to do, is removing a segment from the worm's tail (posterior) end. Caleb begged me for days to do this. We had been reading how worms have this really cool capability, and he wanted to see it for himself firsthand. My gut instinct was, "No Way, that's not being nice to the worm!" But then I remembered that we had purchased our worms at a bait shop and their lives had been much better than they could have been! So I acquiesced.

Here in this photo, Caleb is using a knife to cut the tail from the body. 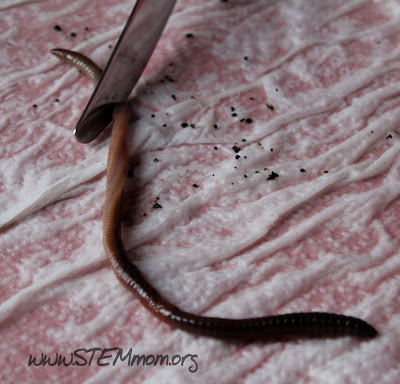 I'm not kidding when I tell you, we spent at least 20 minutes watching the worm's reaction to this separation. Caleb was utterly intrigued asking great questions throughout the entire observation. 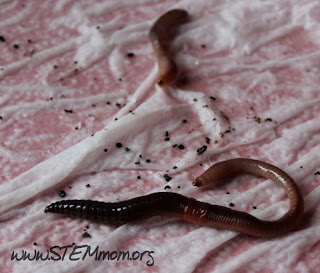 Some interesting observations we made were: 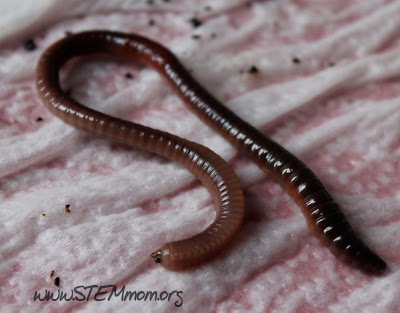 The photo below shows the bulging efforts of the tail segment in order to move itself forward. 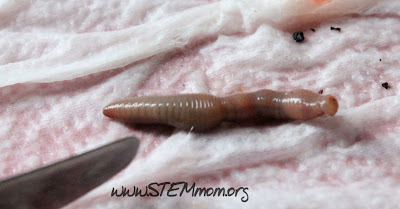 I guess we cut the tail segment into two pieces, I don't remember that, but that is clearly what the photo shows. See all the cool stuff that came out? Oh, I love teaching boys! 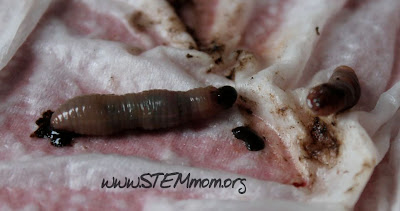 If you liked this earthworm activity, be sure to visit my extensive list of kindergarten worm unit ideas. Click on the Worm Graphic in the sidebar.  I was in charge of the science and math activities for this unit, but Andrea from No Doubt Learning and Erin from The Usual Mayhem developed literacy, art, food, music, handwriting, and a lot more. You don't want to miss it.